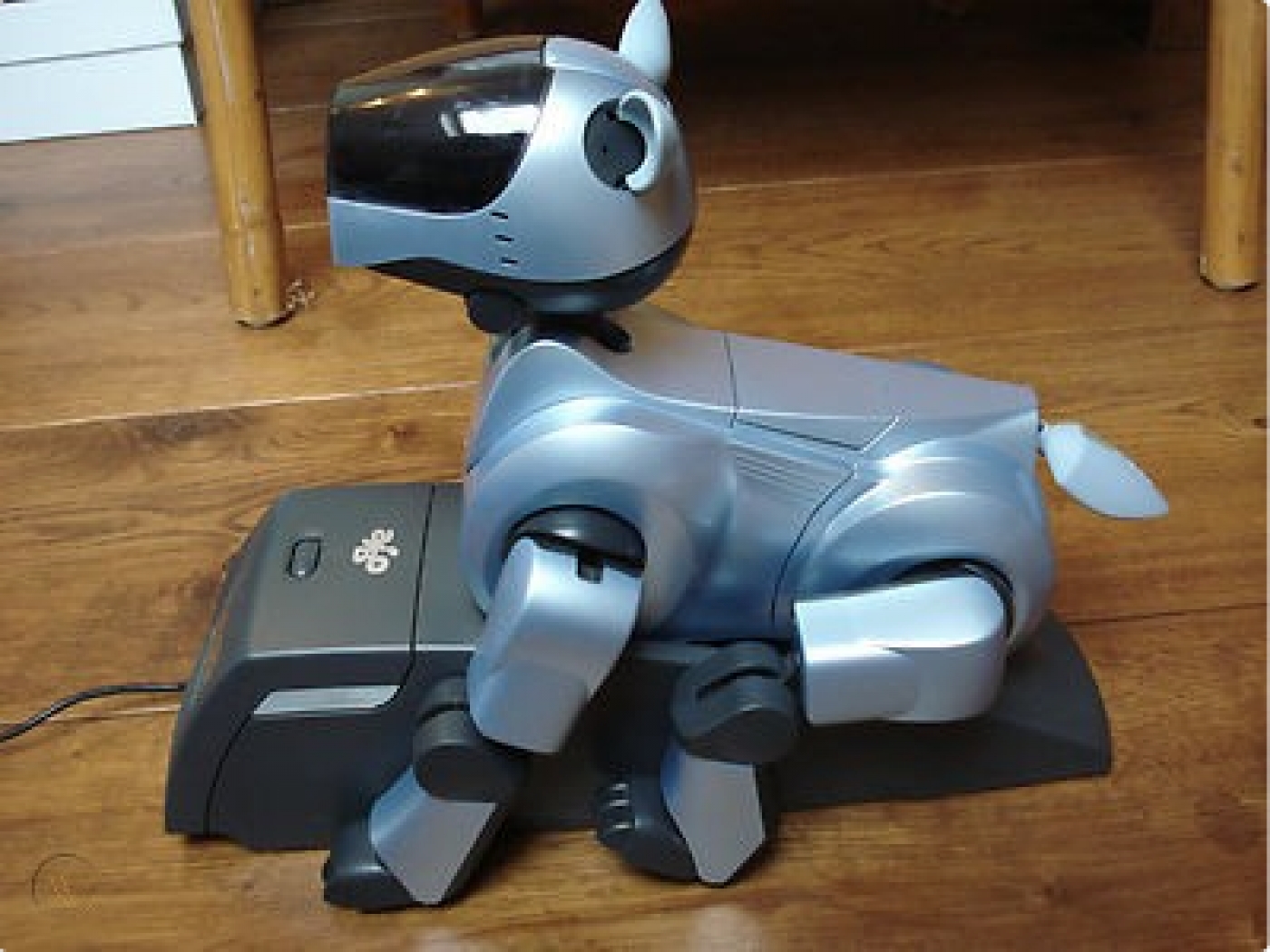 Aibo DHS or Droopy Head Syndrome (alternately known as Dropping Head Syndrome) is a behaviour that is characterised by the head of the Aibo uncontrollably dropping when passing past the midway point of downward travel in the neck joint.  This problem is caused by a design flaw in the servo mechanism that controls the head's neck joint.

The same servo's are used for the tilt axis and the pan axis similar problems are known to occur in this joints also.

The design flaw is where the manufacturer of the servo (let's say Sony for arguments sake) utilised a very compact method of preventing damage to the gearing system used inside the servo when shocks impact the head or the heads movement is restricted.  To enable such a tiny unit (Aibo is very compact after all) the unit uses a planetary gearing system with multiple drop down stages to amplify the torque that the motor puts out to enable it to move the head joints relatively quickly and smoothly.  The side effect of this is that if the head is jammed or stopped from moving (say perhaps from a child holding onto it) this would cause the motor to have a high chance of causing itself or it's gearbox some irreparable damage.  In practice this never seemed to be the problem as the method used was a plastic insert in-between a bell housing and an internal spinner shaft that was designed to create enough friction to spin both parts at the same time but allow slippage if needed.

Unfortunately it didn't quite work out that way and the insert became worn far too quickly and caused slippage well before the initial warranty period of 1 year had elapsed in most cases.  What was even more unfortunate was that this same part seemed to become brittle with age so even new in box units that had been untouched for many years could come straight out of the box and exhibit symptoms of DHS,PAS or TAS straight away without any prior use.

As time went on the spares supply dwindled to the point where there were almost no spare head assemblies left available and other solutions needed to be found.

One such method utilised a small hole being drilled and a pin inserted through all three components literally fusing the assemblies together.

I wasn't happy with this method as I felt it caused undue stress on the shaft (which then had a hole in it) and a high likelihood of allowing irreparable damage and as such I developed my own method which to date has never failed and doesn't weaken the shaft at all.  It also incorporates a failure point should the head be knocked violently.  Without this failure point a pinned servo slipper clutch gearbox would literally destroy itself as all the gears inside it are plastic.

From time to time I have come across modified servos that have done exactly this as they have stripped the teeth off all 3 planetary gears that act on the outer casing of the gearbox.  This particular problem was very time consuming to fix as I had to try to source replacement gears (which I couldn't) and in the end manufacture my own replacements to bring these poor pups back to life.

Needless to say when it comes to the DHS,PAS,TAS three amigos I know all there is to know about repairing them.

More in this category: « The Sony AIbo Legacy
back to top